Windsorians will have their chance to formally approve plans for a Town Council next week. The public meeting in the Guildhall (16th August at 7 pm) will have just one item on the agenda, to debate a motion to create the Town Council.

The motion also calls on public bodies, like the Royal Borough, to recognise it. This will take the plan one step closer to full local authority status.

When fully approved, residents in places like Central Windsor and Dedworth will have a similar council to those that exist already in parishes like Old Windsor and Datchet.

The new council would hold councillor elections and would be entitled to spend the Windsor Town Council tax precept. This precept is already being collected and spent by officials at Maidenhead Town Hall and is estimated to be at least £600k per year.

Interim Town Council Committee Chairman, Dee Quick, said: “Windsor deserves a town council and needs to have local representation. Approval of this new council will make a huge difference to our town and that is why we are getting so much support.

“But, it is important that everything we do is by consent of the whole town and so I want as many Windsorians as possible to come to this meeting. We live in an amazing town, a town I am very proud of, but we can make it even better with this new Town Council.”

As previously reported by WeAreWindsor, Boris Johnson backed the plan for more local democracy in towns like Windsor.

The new Prime Minister told an audience of Local Government leaders: “Taking back control doesn’t just apply to Westminster regaining sovereignty from the EU. It means our cities and counties and towns becoming more self-governing. It means people taking more responsibilities for their own communities”.

Windsor’s Town Council proposal also has the support of all other local political parties, including the West Windsor Chairman, Richard Endacott who has taken on the role of Chief Executive.

Residents unable to attend can sign the petition to create the council here. The online version has 500 signatures so far.

A further 600 have signed the paper version, which will be available at the meeting.

Once it reaches 2100 signatures it will be debated at a full meeting of the Royal Borough Council. 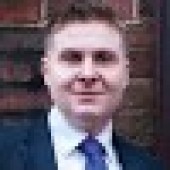